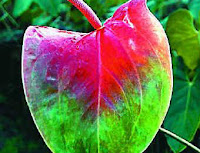 Less than two hundred years ago, anthurium flowers looked totally different than the way they look today. They provide much clearer from flowers and when they were untouched by man in the Amazon rainforests of South America. It was not until the late 1800s they were introduced to Hawaii by a man named Samuel Damon. And it was not until the 1940s that they started looking like the flowers that we see today.


The 1940's were the decade in Hawaii Anthurium lovers learned how to selectively grow the flowers for the beautiful varieties of flowers that we produce today. Before these plants were propagated only by cuttings, and as propagated by cuttings, the child plants end up looking like the parent plants. But with the advent of selective breeding from this place of ordinary looking plant three flower varieties have been developed: standard, Obake and tulip.

From 1950 and onwards, the anthurium industry has grown a lot in Hawaii and it has even spread beyond the borders of the state. In fact, the cultivation spread to the Netherlands, Mauritius and even the ancestral home of these plants, South America.